This morning I joined the paseo dominical, a cycling event organized almost every Sunday (3 times a month I think) in Mexico City. I have no idea why I hadn’t joined the event earlier since I’ve got my bike for more or less two months already…

Anyway, the idea is to reserve during half a day some of the roads of the city to bikes only, and there were a lot of bikes… literally thousands… Even though I have lived in The Netherlands, and I’m not easily impressed by bike crowds, seeing so many bikes in a city normally ruled by cars was quite impressive. 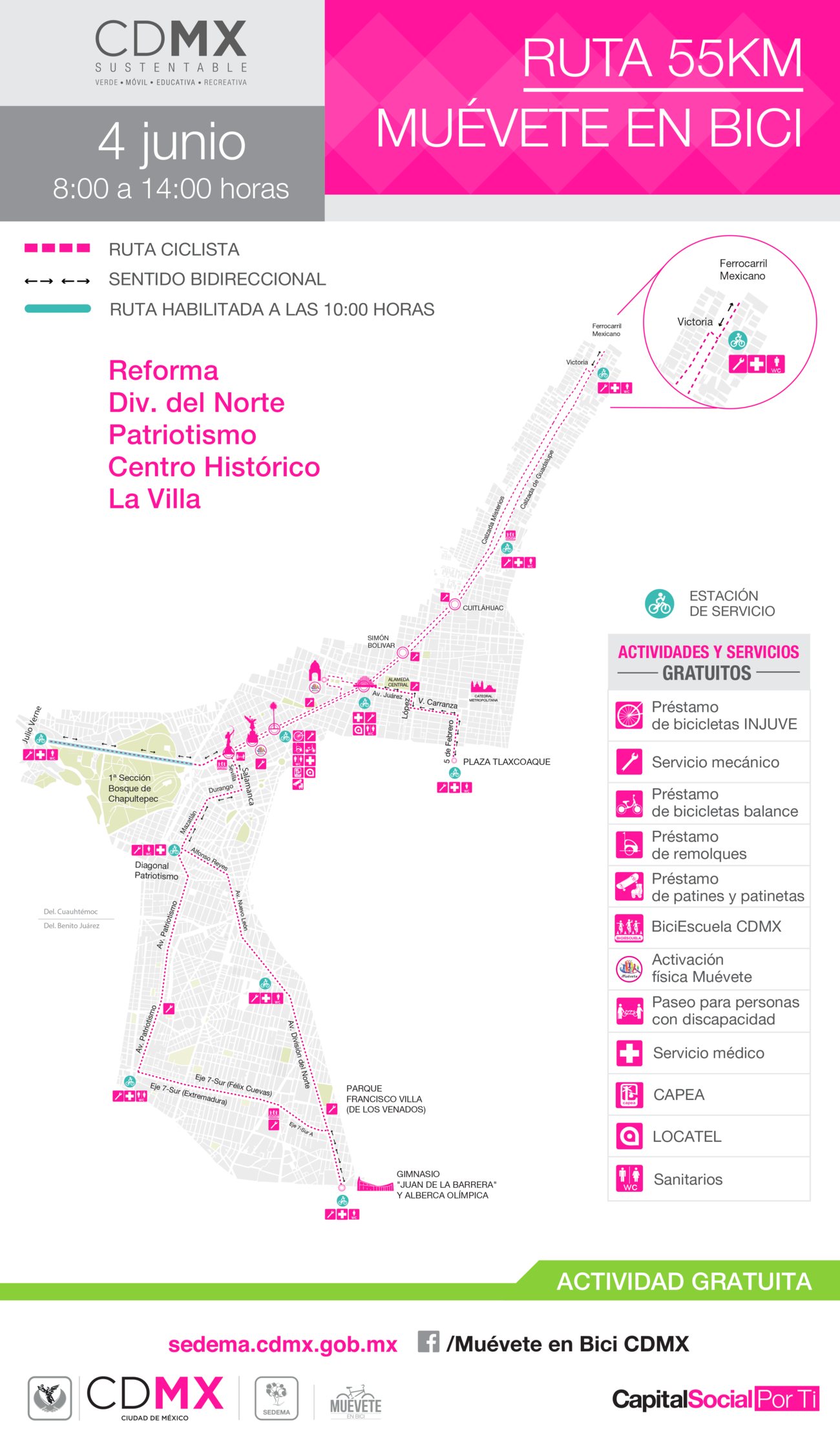 The road (see image above), which from what I understood does not vary too much among events covers quite a large part of the city, and goes, among others, via el paseo de la reforma, which is one the main avenue of the city (going for example through Chapultepec and by the angel de la independencia). Kind of the equivalent of the Champs-Élysées.

The whole thing is very well organized, with not only hundreds of people (don’t know if volunteering or not) taking care of security at every cross road, but also bike repair points, and riding schools. 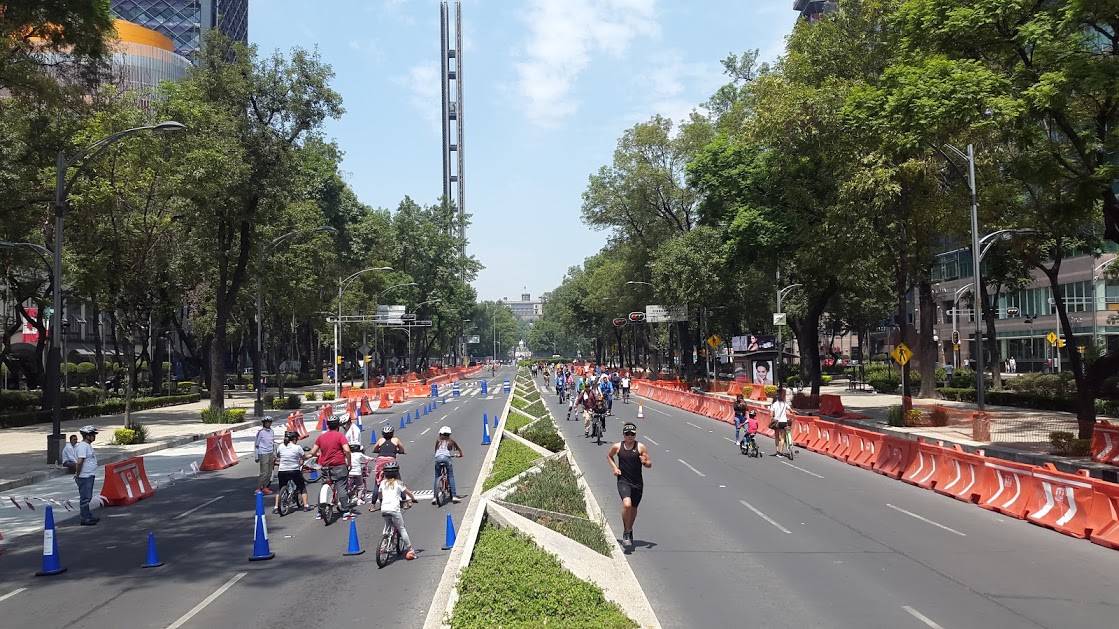 The atmosphere is very relax and familial, there are all kind of bikes, kids, runners, dogs and roller-blades, people stopping for barbacoa… The very busy sections are those near the center, like chapultepec and the paseo de la reforma towards fuente de bucareli. 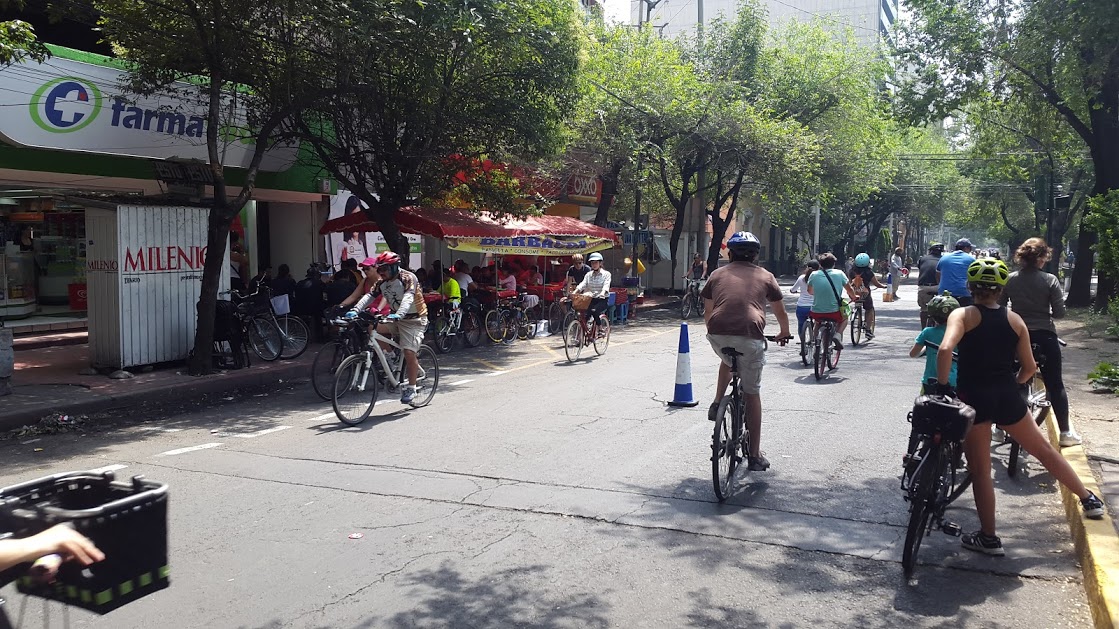 I live quite far south and a large part of the ride for me was about getting to the circuit, which I entered near Mixcoac. I did not go all the way to the northern most part of the route, but did cover quite a lot of the announced 50 km of closed roads. See the gps strava track below.

The event is an initiative of the ministry of environment to promote urban cycling. So congrats to them!